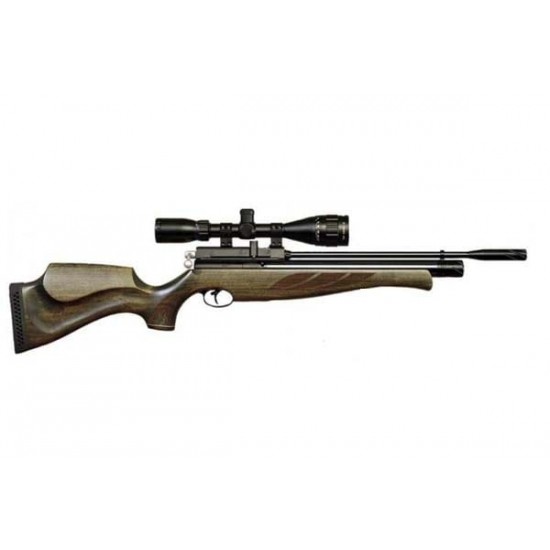 Images are for display purposes only. Unless stated the price of a rifle may not include scope, silencers or accessories.
Air Arms S410 Superlite Carbine Hunter Green

Air Arms S410 Superlite Carbine Hunter Green from UK Based Air Arms is one of the best selling PCP air rifles on today's market, and not without good reason too.

The rifle is almost exactly the same as its cousin, the S400, except it has a 10 shot, multi shot magazine that allows you to take a follow up shot quickly, and effortlessly.

The stock is produced by Minelli in Italy who produce some of the finest woodcraft in the world, not only for rifles, but a variety of other items. The Superlite Rifle stocks are produced out of Poplar which is a great deal lighter than standard Beech or Walnut for those who want the power and accuracy out of an Air Arms, but don't want achy arms at the end of a days shooting.

The rear bolt action system indexes the magazine, and feeds the next pellet straight into the Lothar Walther barrel which gives only the best in the world, in accuracy, precision, and consistency. The shot is then released courtesy of the Air Arms 2 stage adjustable trigger which has a clean let off point, and the trigger mounted safety ensures its not released before its necessary.

The non regulated action is both efficient and reliable, and works on the method that as the pressure drops in the reservoir, the firing valve stays open for longer, allowing more air through keeping the power consistent and the shots accurate. 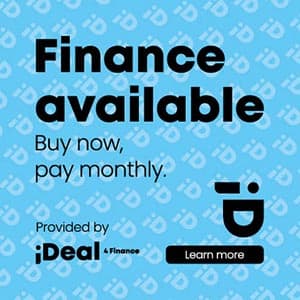 Gunpower Stealth II
Gunpower Stealth 2 has been designed to be a high specification Take Down hunting rifle, with maximum flexibility. The combination of Aircraft Grade A..
£569.95
Add to Basket
Add to Wish List Compare this Product
Buy Now
Quickview

Daystate Huntsman Revere
Daystate Huntsman RevereWith classic sporter looks, sleek design and a lineage that can be traced back to the inception of the company over 40 years a..
£1,065.95
Add to Basket
Add to Wish List Compare this Product
Buy Now
We use cookies and other similar technologies to improve your browsing experience and the functionality of our site.